A person who can do no wrong …………. a figment of imagination or an utopia I do not know. In our childhood we see our parents as infallible and as people who can do no wrong but as we grow old we know that they are also human and can make mistakes. There are many things that they do not know and have their own understandings which perhaps have not been updated.

Many of us find Jesus, Buddha, Lord Krishna or Prophet as the only perfect being. True but they are so far ahead that none of us can perhaps compete with them so we just pray and try to emulate them. Now if we look at history we will find many great heroes who have so many qualities but you only read good things about them. Example are Mahatma Gandhi, Abraham Lincoln, Nelson Mandela to just name a few. To my mind comes the name of Swami Vivekananda. He is an youth icon who hailed his religion but respected every religion. He spoke of alleviating the poor not just by charity but by education. Who believed that youth with knowledge and nerves of steel could do more good to the society then men with millions but miser at heart. 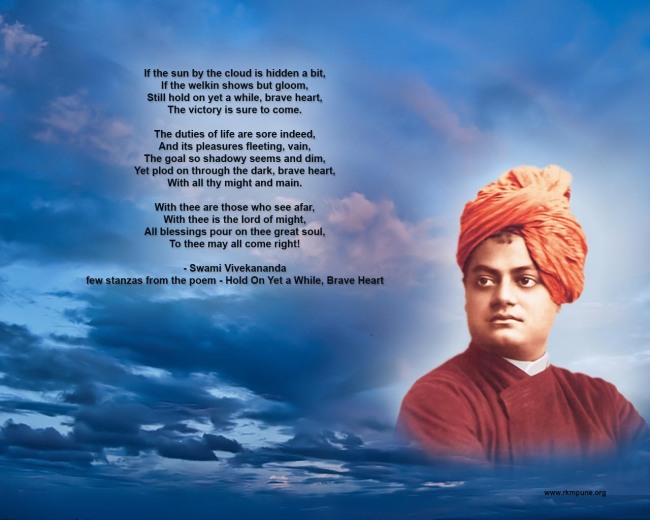 He said that ‘You can compromise everything for Truth but Truth cannot be compromised for anything.’ A man who went to USA when most Indian Hindus considered it irreligious to cross Sea. He said, “If by eating certain food I loose my religion then that religion is not for me.” Who despite being a Monk took his own mother for Pilgrimage because that is what his mother wanted. He said boldly,”God is in everyone of you. You have to only realize it.”

12 thoughts on “Imagination or Utopia”